The study affirms the importance of individual and neighborhood rates of participation in neighborhood activities for the development of different types of social capital. 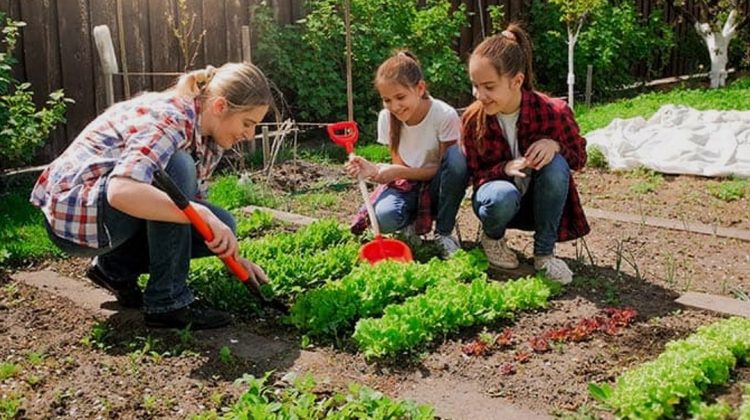 Knowing how to generate social capital may be especially valuable for distressed urban neighborhoods, such as where this study was conducted, as they are more likely to have the needs of the community inadequately met and/or to experience neighborhood problems, such as crime and disorder.

For people from uninvolved households, only having more people attending neighborhood meetings (or both meetings and gardening) was associated with higher perceptions of linking social capital and neighborhood influence.

In addition, there is research linking ‘‘green common spaces’’ with social capital constructs; the presence of vegetation in urban residential neighborhoods has been shown to increase the use of outdoor public spaces by community members when compared to more barren locales (Coley, Kuo, & Sullivan, 1997; Kuo, Bacaicoa, & Sullivan, 1998; Taylor, Wiley, & Kuo, 1998). Kuo, Sullivan, and Coley (1998) found that higher levels of common space vegetation were closely associated with more social ties with neighbors, and this relationship was mediated by the use of green space.

There are several implications that can be drawn from this research. First, it speaks to the current debate on the communitarian and network views of social capital. Social interactions, networks, norms, values, and beliefs are characteristics of individuals and only become characteristics of neighborhoods when enough residents share the same perceptions of the social structure.

Even if social capital is only operating at neighborhood or community levels, as the communitarian view proposes, most studies utilize individual-level responses to social capital questions aggregated at a neighborhood, state, or another community level. Therefore, it is important to investigate what influences individual-level social capital even within the communitarian context. As Gatrell, Popay, and Thomas (2004) have noted, ‘‘mere co-location in geographical space does not mean that individuals have near-identical stocks of social and material capital’’.

Our study demonstrated that levels of participation in neighborhood activities can at least partially explain differences in social capital perceptions found among neighbors residing within the same neighborhood.

The findings of this study also support the hypothesis that within neighborhoods in distressed cities, household experiences and networks are more important at influencing residents’ perceptions of social capital than what their neighbors are doing.

We believe that researchers should investigate neighborhood norms and values separately as well. Differential measurement of these broad categories, as well as indicators within each category, will enable further development of the concept of social capital and how it may be differentially generated in different contexts and among different people.

As this study shows, to influence many forms of social capital, the best approach may be to encourage neighbors to create and participate in neighborhood organizations in addition to gardening, beautification, and other neighborhood activities.

Many block clubs in Flint, for example, collect contact information for every block resident, distribute flyers announcing meetings and events to every house in the neighborhood, and hold well-attended summer block parties that people who do not participate in meetings attend (Reischl, Alaimo, & Hutchison, 2002).

These may be ways that nonparticipating residents become engaged. Neighborhood community gardens that do not have the support of a neighborhood organization may enhance their impact on the neighborhood by forming a block club or taking the time to engage neighbors in these types of activities.

There are several limitations to this study. The study occurred in one community (Flint, MI), and the results may not generalize to other communities. The data were collected by randomly calling households, which may not adequately represent the population of interest.

This study attempted to correct potential sample bias by weighting the data to account for nonresponse, unequal selection probability, and age and gender differences, but this is not a perfect correction. The survey also relied on self-reports of key psychosocial constructs.

All constructs were assessed using single-item measures or measures with only two to four items. The internal consistency indices were adequate but did not indicate high rates of reliability. The appropriate cautions should be used when interpreting the final results.

Community development projects intended to promote the health benefits associated with social capital necessitate an understanding of how social interactions, relationships, values, and norms are developed and propagated at the neighborhood level.

Gardening favors is the largest website focusing on gardening products reviews, resources, gardening guides, and the latest updates and news.

Gardeningfavors.com is a member of the amazon services LLC Affiliate Program, an affiliate advertising program that allows websites to earn ad fees by posting ads and links to amazon.com.

We use cookies to ensure that we give you the best experience on our website. If you continue to use this site we will assume that you are happy with it.Ok