The natural environment plays a central role in the increased participation in leisure activities. While nature provides the context for certain of these activities, it is an essential component of many others. 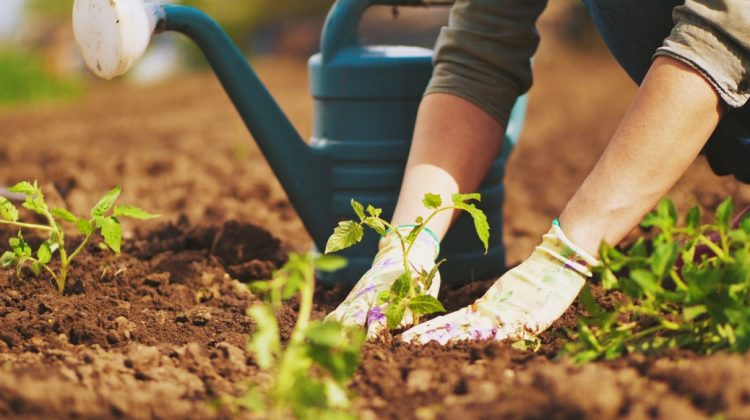 From art, poetry, and folklore, it would appear that the nature experience is a source of important psychological benefits.

Psychological Importance of the Experience of Nature

Though often considered a retreat, an important component in rest and recovery, there is surprisingly little in the empirical literature to support the psychological importance of the experience of nature.’ The purpose of this study was to examine the benefits people experience in one particular activity where nature is an essential component-namely, gardening.

Gardening has several advantages as a starting point in studying the psychological benefits associated with nature experiences.

First, nature is clearly an essential component and not a background that might be ignored by the participants.

Second, it requires continuing contact and thus represents a commitment rather than a chance or casual experience with the outdoor environment.

Finally, it is a close-at-hand form of leisure activity. This tends both to decrease its “image”; value and to increase its potential role in an individual’s psychological economy by its very accessibility and frequency of contact.

While casual observation indicates that gardening is an activity appealing to a wide variety of people, there are many unanswered questions as to the character of this appeal. A central issue here is the extent to which the rewards of gardening are unitary. Is there a core, an essence to the gardening experience that touches all who participate? Or is there a variety of different benefits to be obtained within the same context?

If the latter is the case, then it would be reasonable to expect to find different people involved for different reasons, and even the same person might benefit differently at different times in his life. There are intuitive grounds for expecting at least two distinct benefits from the gardening experience. One theme running through the anecdotal reports of the value of gardening and of the value of nature experiences, in general, is that of fascination.

First, it provides a rest from the effort otherwise required for attention. Second, since attention by definition excludes competing thoughts, a rest is provided from whatever worries or cares of the day might otherwise be uppermost in a person’s mind. This hypothesized benefit, centering on fascination, is clearly distinct from the more prosaic but still powerful benefit of harvesting one’s own food or participating in a basic survival process.

Three categories of psychological benefits that arise from the gardening experience were identified in this study. The separate status of the Tangible Outcomes benefit is intuitively obvious and hardly requires further discussion. The Primary Gardening Experiences appear to be most salient among the women home gardeners and among home gardeners who find the greatest satisfaction from Nature settings.

It would require further research in this area to explain these findings, but in both instances, it could be argued that the gardening experience itself serves as an important activity in the absence of complementary sources of satisfaction. For these women, the home is the primary focus, and gardening may provide a rewarding change from the other demands placed on the housewife. In the absence of waterfalls and beaches nearby, the garden may be particularly satisfying to those most content in the natural environment.

The Sustained Interest scale reflects the idea of gardening as a source of fascination. It is interesting to note, however, that among the items that comprise this scale there is only a single reference to gardening. This scale may in fact be tapping the aspect of fascination that seems so essential to any activity found restful and diverting.

The relatively high correlation with Primary Garden Experiences in this study may simply reflect the fact that gardening was the focus of the study and the subjects were gardeners; to some degree, they all found fascination in gardening. The fascination interpretation for the Sustained Interest scale is supported by the finding that flower growers score so much higher on this scale. Flowers are, after all, necessarily grown for their fascination as opposed to their practical value.

The fact that the home gardeners as a group scored higher on Sustained Interest and that the flower growers, who were generally the older and more experienced gardeners, scored higher on this scale than did the other home gardeners suggests the possibility of a developmental variable. It would seem that people tend to begin gardening by growing vegetables and the Tangible benefits are essential to that phase of gardening.

The more experienced gardeners tend more to flowers. Thus, fascination may have to be discovered; a novice gardener may not yet realize how he will react to the gardening process. Further, fascination may require a certain level of competence which, like self-knowledge, takes time to acquire. Quite apart from the pattern of relationships supporting the separation of the three benefits, there were two variables that predicted the Sustained Interest benefit for both groups of gardeners.

This result suggests a degree of universality in the gardening experience despite widely differing backgrounds and gardening patterns. Both of these predictors are Environmental Preference Questionnaire scales, and both reflect attitudes that are central to the current upsurge of environmental concern.

That the Nature scale predicts the Sustained Interest so strongly, supports the idea that gardening plays a role in people’s lives, not unlike that played by more dramatic, more distant, and less frequent encounters with nature. The negative relationship between this benefit and the”Modern Housing Development”; scale, while not as strong for the homegroup, suggests that people no longer enamored by progress and technological growth find gardening particularly satisfying.

It is in retrospect hardly surprising that gardening emerges as a powerful source of fascination. It appears to possess a great many properties that would tend to enhance fascination. First, it calls on the basic informational processes that humans do so well and presumably cares so deeply about. It not only permits, but actually invites recognition, prediction, control, and evaluation (S. Kaplan, 1972).

It does this by both providing knowledge and requiring it. It is a setting that allows order, but that order is deeply embedded in uncertainty and change. Thus, it challenges the human information-processing capability, and to the extent that the challenge is met, both reward and more challenges are forthcoming. Second, it is a nature-based activity, and nature per se has been shown to be the object of preference to a striking degree (Kaplan et al., 1972).

What the factor or factors are in nature that has this effect is not yet understood, but that it has such an effect seems clear. Finally, both of these virtues, the informational and the natural, are in the garden setting concentrated and intensified. The garden is a miniature, a slice of nature compressed in space and a pattern of information compressed in time. Rarely is so broad a spectrum of nature and natural processes found in so little area. Rarely are so much nature-based action and so full a view of the life cycle so vividly visible and so rapidly completed.

There are many signs of an increased interest in the benefits offered by gardening. Window boxes appear on apartment complex balconies, communities explore ways of providing garden opportunities for the citizen, and a  “return to the land” movement gathers momentum.

The strength of this interest was clearly evident in the participants in this study. In striking contrast to the typical college sophomore participating in research, they were notably positive, and vocally so, about their participation in this study. They were delighted and surprised that someone cared about their experiences and that they could be helpful in some way. Clearly, here is one of the many untapped resources in the community. Given an eager population to draw from and innumerable unanswered questions yet to explore, it would seem that further studies in this area would be both feasible and enlightening.

Useful Article: Mental and Physical Health Benefits of Gardening
Useful Article: With A Little Planning, Backyard Gardeners Can Branch Out Into Landscaping

Gardening favors is the largest website focusing on gardening products reviews, resources, gardening guides, and the latest updates and news.

Gardeningfavors.com is a member of the amazon services LLC Affiliate Program, an affiliate advertising program that allows websites to earn ad fees by posting ads and links to amazon.com.

We use cookies to ensure that we give you the best experience on our website. If you continue to use this site we will assume that you are happy with it.Ok